Delhi University, DU has released its fourth cut off list on 30th October 2021. There is scope for admission in B.Com Honors in the fourth cut-off list of Delhi University (DU). Earlier three cutoffs and one special cutoff list were released by DU. A Housefull board has been installed in many colleges in courses like Political Science, Geography, History, Hindi and Sanskrit. The students can enrol in some courses of B.Com and Science under the fourth cut off list. In the fourth cutoff, more chances than normal are for the reserved category. Lady Shri Ram College has declared the cutoff of 99 percent for Psychology and Journalism and Miranda House cut off for History is at 99 percent.

In the fourth cut-off released for admission to undergraduate courses, colleges have not dropped much to avoid over-admissions from seats. The general category has been reduced from 0.25 to one percent. For the reserved category, the fall is three to four per cent. On the basis of this cutoff, admission will be done on 1st and 2nd November. Till the special cutoff, 63,504 students have taken admission in 70 thousand seats of DU by depositing fees. In the fourth cut-off list that came on Saturday, there are more opportunities for admission for the reserved categories ST, PWD, EWS and Kashmiri Migrant category. After this list, the chances of admission in B.Com and B.Com Honors are likely to be less. Admissions to these courses are still open in most of the colleges.

31 out of 41 colleges are taking admission in B.Com Honors program

B.Com Honors is available in 41 colleges of DU. Out of these, 31 colleges still have the possibility of an admission for the general category. Hansraj College has obtained the highest cutoff for this course at 98.50 percent. It is 98.25 in Kirori Mal College and Ramjas and 98 percent in Daulatram. Satyavati Evening and Shyamlal Evening College have declared the lowest cutoff of 93.50 per cent for this course. The college principals are assuming that more seats may become vacant when the admissions for BMS, BBE and BBA starts. On the other hand, B.Com is available in 31 colleges. Out of these, 20 still have the opportunity of admission. Ramjas College has released the cutoff for B.Com at 97.25 and Venkateswara College has released 98.25 per cent.

The college has released a cutoff of 99 per cent for Psychology Honors and Journalism for the general category. The cutoff for History and Sociology is 98%.

A Housefull board has been installed in almost all the courses in this college. Here one can get admission in Philosophy at 97.50 per cent. Apart from this, admission in Physical Science with Electronics will be 95.66 percent.

In this college, the general category can take admission at 98.75 percent in Economics, 99 in History Honors, 96.75 in Philosophy, and 98 percent in Sociology. 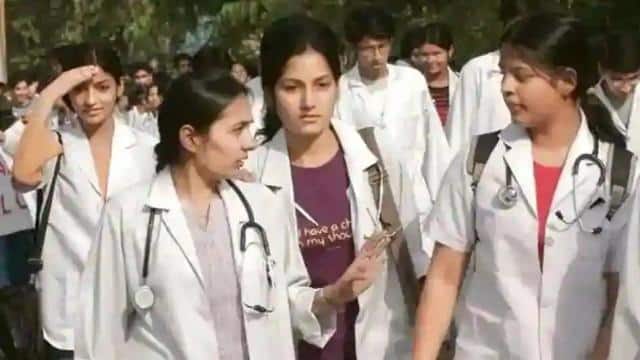